Max Ernst (2 April 1891 – 1 April 1976) was a German painter, sculptor, graphic artist, and poet. A prolific artist, Ernst was one of the primary pioneers of the Dada movement and Surrealism.

Ernst was born on April 2, 1891, in Brühl, near Cologne, the third of nine children of a middle-class Catholic family. His father Philipp Ernst was a teacher of the deaf and dumb and an amateur painter. A devout Christian and a strict disciplinarian, he inspired in his son a penchant for defying authority, while his interest in painting and sketching in nature influenced Max Ernst to take up painting himself. In 1909 Ernst enrolled in the University of Bonn, studying philosophy, art history, literature, psychology and psychiatry. He visited asylums and became fascinated with the art of the mentally ill patients; he also started painting this year, producing sketches in the garden of the Brühl castle and portraits of his sister and himself. In 1911 Ernst befriended August Macke and joined his Die Rheinischen Expressionisten group of artists, deciding to become an artist. In 1912 he visited the Sonderbund exhibition in Cologne, where works by Pablo Picasso and post-Impressionists such as Vincent Van Gogh and Paul Gauguin profoundly influenced his approach to art. His own work was exhibited the same year together with that of the Das Junge Rheinland group, at Galerie Feldman in Cologne, and then in several group exhibitions in 1913. (wikipedia) 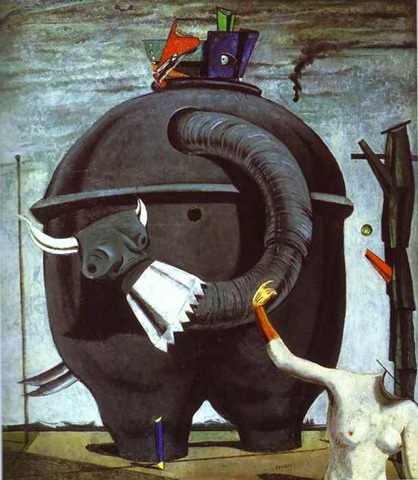 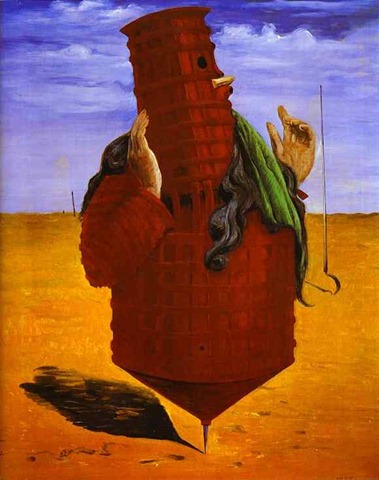 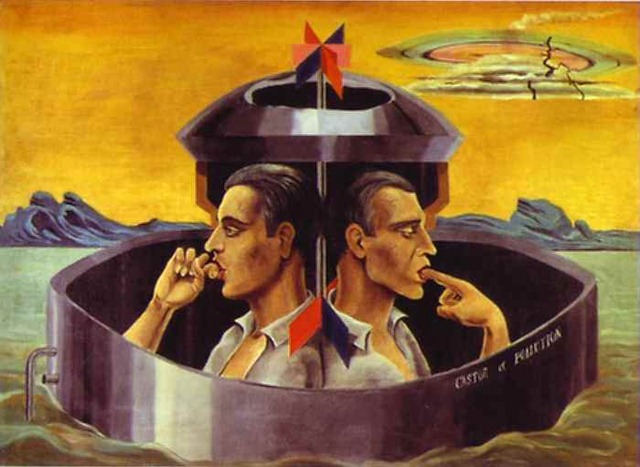