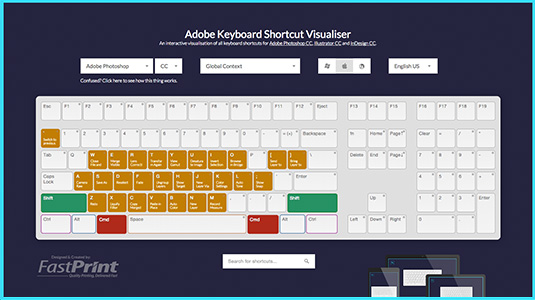 A new, interactive tool allows you to search for keyboard shortcuts in Photoshop, Illustrator, and InDesign with ease via a browser-based on-screen keyboard.

If you’ve ever found yourself wasting precious time searching for hard-to-find keyboard shortcuts in Photoshop, Illustrator or InDesign, you’re probably not the only one.

While these applications are packed with features that make the lives of graphic designers easier than ever, there’s one area where they’re seriously lacking: keyboard shortcut documentation.

Sure, the documentation is available via Adobes website, but it leaves a lot to be desired. Firstly, it’s not the most visual of documentation; it’s literally nothing more than a glorified PDF file, and secondly, the shortcuts are organised in a rather weird way (in my opinion, at least).

Plus, who has time to go searching through a lengthy documentation file every time they need to find a shortcut? Surely nobody.

The good news is that thanks to this company, there’s now a much easier and better way to find shortcuts.

The Adobe Shortcut Visualization tool was created to make the process of finding keyboard shortcuts for Photoshop, Illustrator and InDesign easier than ever.

Instead of simply documenting the shortcuts in a PDF file, the tool actually displays each and every shortcut on a virtual keyboard.

What’s more, you can toggle modifier keys, search for shortcuts (via the search function), toggle various application modes, and much more.

It really is the ultimate tool for any keyboard shortcuts lovers out there.

However, it can look a bit daunting to begin with, so we thought we’d quickly show you how it works:

Step One: Choose between Photoshop, InDesign, or Illustrator

Between all three applications (Photoshop, Illustrator, InDesign), there are well over a thousand keyboard shortcuts.

Obviously, there are only a certain number of keys on a keyboard (and a certain amount of screen real-estate), so the first step is to let the tool know exactly which application you wish to view shortcuts for.

This is a simple process: you just need to select your application of choice from the drop-down menu (demonstrated in the image above).

Upon doing so, the tool will turn pink, orange, or blue (these colours represent the colour scheme of the chosen application; smart, right?) 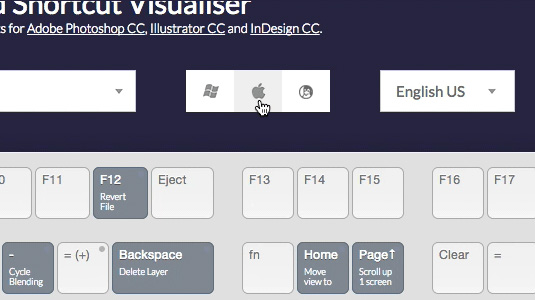 Depending on the operating system you’re using, the keyboard shortcuts for each application may vary slightly.

The most obvious example of this is the slight variation between Mac’s and PC’s concerning the CTRL or CMD key.

On a PC, most shortcuts make use of the CTRL key, whereas on a Mac, it’s all about the CMD key.

To account for this issue, you can tell the application which OS you’re using by making another drop-down selection (again, demonstrated in the image above).

This will ensure that the keyboard layout is suited to your OS, and that you don’t run in to any CTRL/CMD problems. 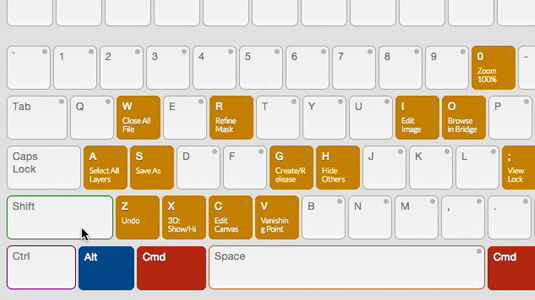 If you’ve used shortcuts within any Adobe application before, then you’ll know that for a lot of them, you’ll need to use a modifier key.

A modifier key is basically any of these keys: CTRL, Shift, Alt, CMD.

For example, you have to use the CTRL (or CMD) modifier key for the “undo” shortcut in Photoshop (i.e. CTRL/CMD + Z).

To view any shortcuts requiring a modifier key on the shortcut visualizer, you’ll need to select them.

To do this, simply click any of these keys. You can select any number of these keys in any combination to see different shortcuts (to de-select them, just click them again).

Step Four: Do a Search 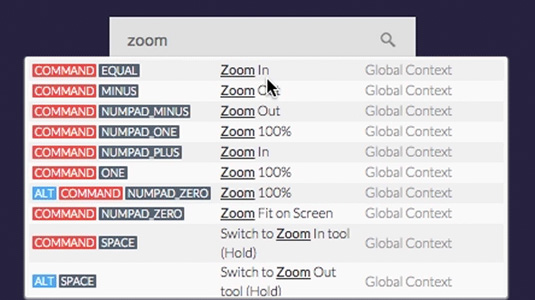 When looking for a particular shortcut, perusing the hundreds of shortcuts mapped onto the tool can be a bit of a nightmare.

Luckily, there’s a better way: you can simply search for any keyboard shortcut using the in-built search.

To do this, simply start typing in the search box (this is just below the keyboard).

As you type, the app will suggest a list of shortcuts that it thinks you may be looking for. The more you type, the more accurate the suggestions are. 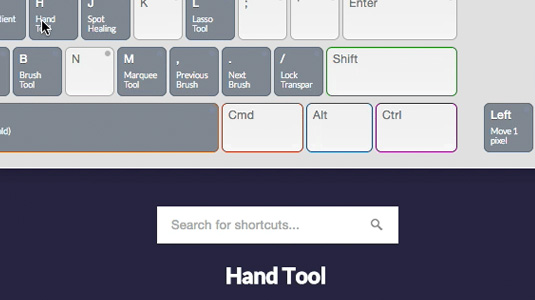 You’ll notice that a lot of the shortcuts are written in relatively small text; this is because the keys are too small to accommodate larger text.

For some, this might be a problem, as you might find yourself squinting in order to see any of the shortcuts.

If you roll over any of the keys with your cursor and look below the on-screen keyboard, you’ll notice that the text from the key itself is repeated in much larger type.

This is a dynamic process, so there’s no need to refresh the browser window; simply move your cursor between the keys. 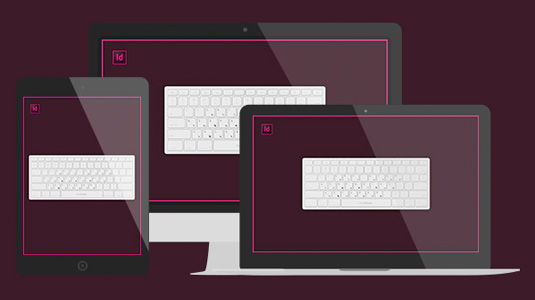 There’s nothing more powerful than an interactive tool, but sometimes, you just want to view a quick reference for the shortcuts you use most regularly.

In this case, it might seem like overkill to have to open up your browser, navigate to the interactive tool, and then go through the lengthy process defined above.

The good news is that you don’t have to, as along with the interactive visualizer, the company also made a selection of desktop wallpapers, which you can download free of charge here.

These wallpapers only display a handful of shortcuts, but they’re perfect for quick referencing.

They’re also available for ten different screen resolutions, and there are different versions for PC and Mac users too.

Josh is an enthusiastic designer with a passion for anything web-based. He spends most of his time designing websites and playing around with code, but also loves a good night out. He is also an avid coffee fan, and drinks copious amounts of the stuff every day.